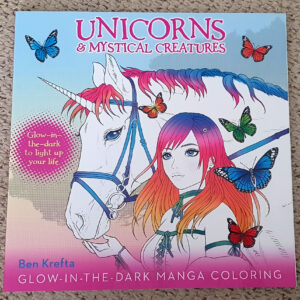 A new project has been added to my Portfolio – A manga style Unicorns Colouring book featuring a selection of pages which glow in the dark. I’d considered the idea of creating a colouring book for at least a decade. In 2020 I finally got the opportunity to create one after being asked to work on a special Glow-in-the-dark book for Thunder Bay Press publishers. ‘Unicorns and Mystical Creatures‘ has been available to buy for nearly a year now and has received a fair amount of praise and positive reviews since. While I’ve certainly drawn enough unicorns to last me a life time, I wouldn’t say no to working on another colouring book whereby I got to pick the theme.

When is the next colouring book coming?

Customers who’d bought the Unicorns book have asked when my next colouring book is coming out. Unfortunately, there isn’t another book in the works as of right now. I have been asked to work on a number of other colouring books since finishing Unicorns. We got so far as producing sample covers and a few pages of content for books on the theme of: Tattoos, Dream Catchers, Kaleidoscope patterns and Horror. Although due to budget constraints we couldn’t quite make it work.

I’d be happy to work on another, but because of the amount of artwork needed to produce a good quality 96 page colouring book, I’d need to make sure there was sufficient funds to make it happen. It’s tough- the market is saturated with colouring book options. I even saw one on Amazon the other day which used one of my artworks for the cover (illegally)! Although with so many sub-par books to choose from, it seems like a good idea to create a series of premium books. Books which have a lot of nice, high-quality drawings to colour on good quality paper. Perhaps also including how-to guides and advice showing how to use more advanced shading techniques? If you’re a book publisher that wants to make this happen, let me know.

Here’s a few coloured samples from the book: 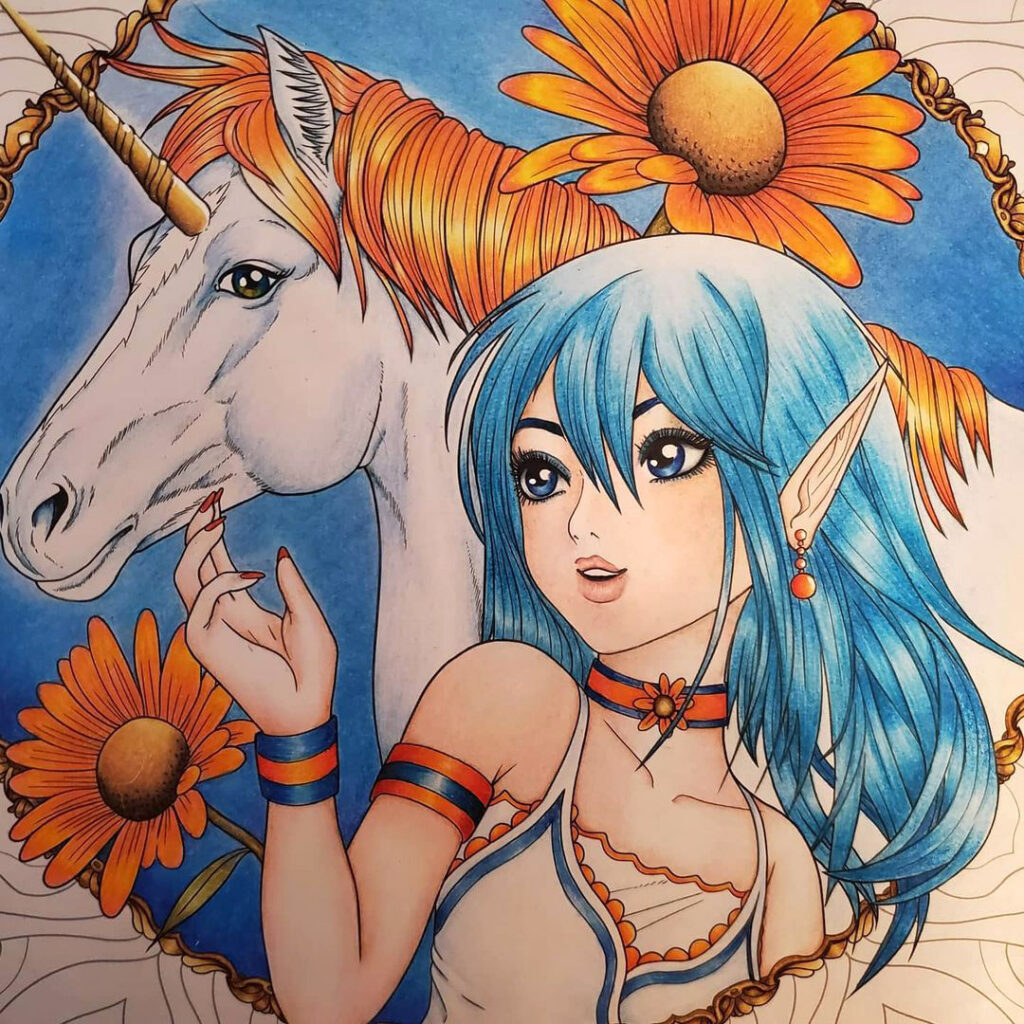 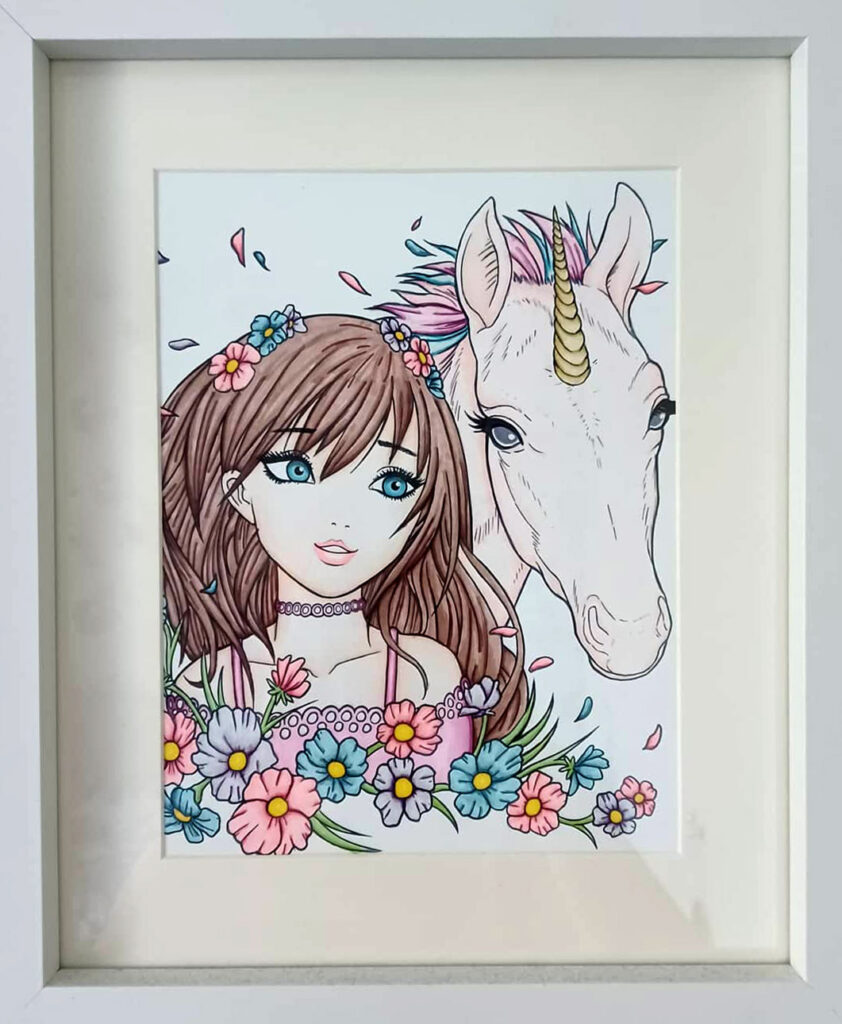 Art and Colours by myself – Little tester with some new marker pens.

I printed out a couple more of the illustrations from the book. A Mermaid and Harpy. These were added to A3 Bristol board so I could give them the marker pen treatment. I used a inexpensive set of bullet-point markers to colour these. While I prefer using brush markers, these can certainly do the job.

As mentioned earlier, I didn’t end up working on a sequel, although here’s some work-in-progress images for the Horror colouring book which didn’t quite happen. I hope you find these interesting. I like the first Haunted Horror sketch, although it was deemed too sexual even though it’s for an adult colouring book. I guess the client felt ghouls looked as though they were preying on the girl? 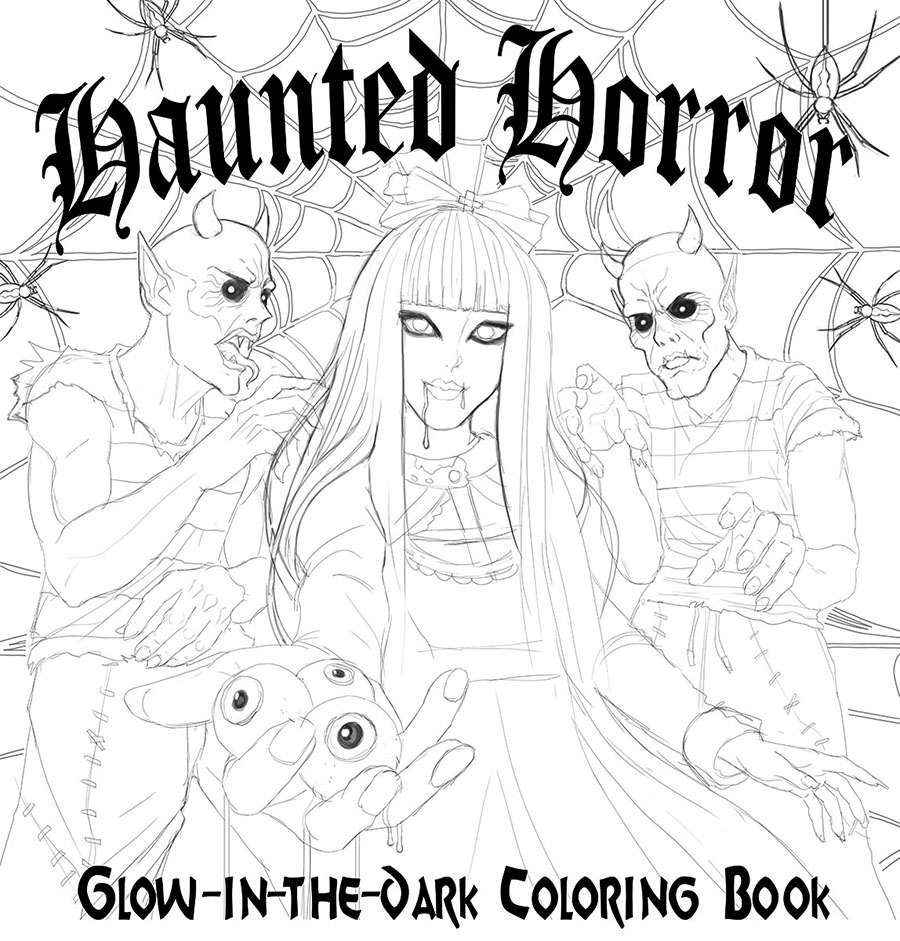 I then amended to the second Hellish Horrors sketch. I like this one even better and makes it clearer that the girl is the one in charge here! Again, client not convinced. I needed to try again with a different idea. 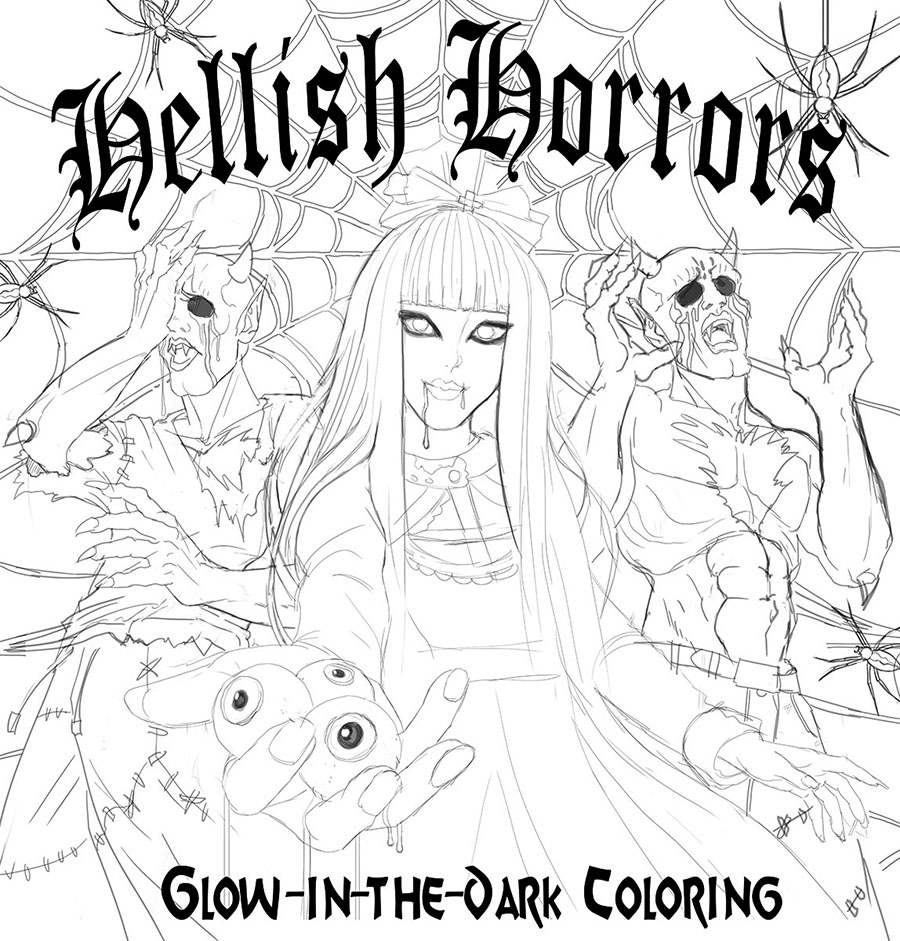 I designed the ‘Head full of Horror’ illustration. I liked the pun for the potential title and thought it would be impactful. It wasn’t accepted.

Eventually the corpse/ ghoul bride and skeleton groom below was deemed a little more wholesome. I especially liked the ‘Eyes-cubes’ in the glass. 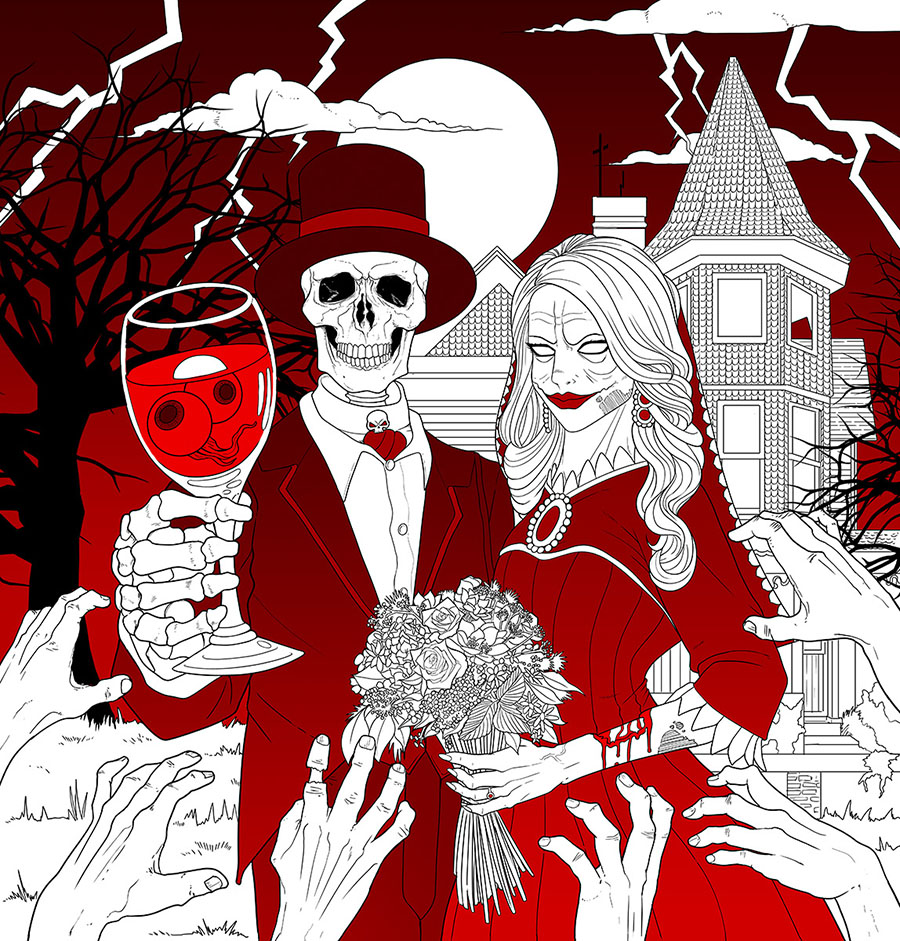 Making use of colouring books

With books like this, I always wonder how much detail is too much detail to include in a drawing? I’ve seen some colouring books which are effectively fully-rendered, grey-shaded pencil drawings which are presented as colouring pages. I’m not sure I like this idea. What do you think?

Someone choosing to colour a single page from the book might take several hours to finish. With close to 100 pages in a single book, it becomes a project which could take several months. With so many pages one could potentially colour, it seems to be the case that a colourist will more typically choose to work on just a few pages from each colouring book they buy. In the end I guess it’s best to have a variety. Lots of details on some pages and not so much on others. If you like colouring books, let me know in the comments below what kinds of themes and styles you like colouring best.

Unicorns & Mystical Creatures is available to purchase via this site’s Shop. As well as sites like Amazon, Wall Mart and Barnes and Noble. The Project / Case Study about this book can be found in my Portfolio here. If you’d like to share your coloured pages from the book, send me a message or link to your social media. I’d love to check them out 🙂 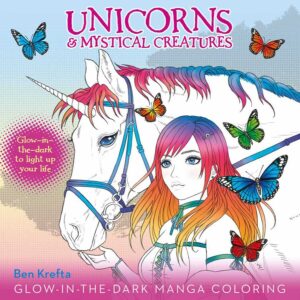