Since 2001 I’ve worked as a creative freelance designer and graphic artist. My mission has been to continually grow and expand my skill-set which has given me a good grasp of digital design based project work as a whole.

Typically I use Photoshop for most of my digital design or illustration work and have previously taught high level Photoshop techniques on a private, one-to-one basis.

I believe it's important for modern day visual artists to be experienced in more than one discipline. While typically hired as an illustrator and artist, I have spent a number of years employed as both a web and print based graphic designer; creating identities, layouts and functional web sites. I also tattoo and added ink to skin on hundreds of clients in both shop and private studio environments.

I am reliable, conscientious and a perfectionist, which drives me to meet exacting standards and go that extra mile. I aim to always provide a high level of service to customers and end-users and am regularly told that I am a great asset to those I’ve worked with. 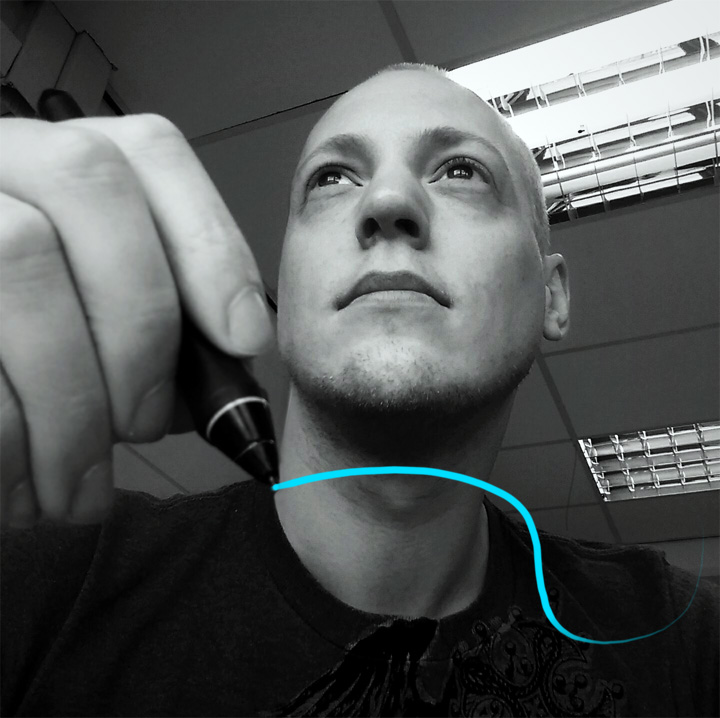 Much of my career has involved creating art and design projects on a freelance basis working either from my private studio or in-house. Typical duties include:

•    Liaising with clients on a one to one basis to discuss design requirements.
•    Writing proposals, creating time schedules, negotiating terms.
•    Implementing illustration, graphic and web design briefs to client specification.
•    Creating bespoke artwork and digital image editing.
•    Work closely with other designers and web programmers as part of a team to ensure designs are perfect for print or integration into web-based systems.

Arcturus Publishing Ltd.
I’ve worked with this London Publisher from 2003-2004 and 2013-2016 to create step-by-step 'how to draw' books, within constant tight deadlines for large USA clients Barnes & Noble and Scholastic. Tasks included working closely with the book editor and designer to devise the content specifications, illustration and writing tutorials.

Save the Children
I produced promotional artwork for the 'UHC' health care campaign at the G7 Summit held in Japan in 2016. The seven world leaders were drawn as manga super heroes, which were made into life-size cardboard cut-outs used as a promo stunt / prop. The character art sucessfully helped gain coverage on news platforms such as the New York Post, the Guardian, the Huffington Post and Japan's Buzz Feed.

Wacom
In 2013 I worked at the London MCM Comic Expo providing Graphics Tablet demonstrations while creating manga artwork. 88,000 visitors attended the convention. It also led to a TV spot in Indonesia where I talked about manga and digital art.

Hitachi Europe Ltd.
In 2013 Hitachi asked if I would be interested in working with them to demonstrate character artwork creation using their large scale touch screen displays. I joined them in Amsterdam along with over 41,000 visitors to the annual Audio & Visual convention over the course of several days.

Optimum Fitness Software
I’ve been working with OFS as a website and graphic designer since 2006 producing quality graphics for fitness assessment software and web applications. It is my job to turn an otherwise dull product into something with high aesthetic value while keeping designs functional and easy to use

Your Formula I.T Solutions
In 2002 I was employed to produce high quality, professional web sites and graphics. I enjoy producing creative and effective designs that are both easy to use and attractive to look at, having since clocked up approximately 4 years experience as a Web and Graphic Designer to date.

Additionally, over the last decade I've completed dozens of other logos, layout designs, posters, packaging, ads, web sites, artwork and demonstrations for clients both in the UK and abroad.

The Hundred of Hoo School, Rochester:
1992 – 1999
Art A-Level [A Grade] & AGNVQ with Merit
After achieving my GCSEs, I completed an A-level in Art alongside a two year Advanced GNVQ in Art and Design.

Organic Metal
Self Published Website
November 2000-2015
Personal Web Site and Portfolio. Designed from the ground up and kept online for posterity.