UK metal band Tigertailz wanted their mascot to be redesigned with a manga twist. The initial breif:

We would like to update the bands tiger mascot 'Klint'. People/fans have submitted many versions of Klint over the years, and none have been what we wanted, they tend to make him too sinister/steam punk or mechanical?

I think what we would like, is a manga/anime version of Klint, he has to be cute, cartoony, lovable, but with a slight edge..?

The new EP will be called Daggerz, so I guess Klint would need some daggerz upon him somewhere and he would need to be in action, like the banzai pic, other than that, I suppose you can do what you like with him!

First Draft: Going for a cute Pokemon / Sonic the Hendgehog style. Sticking with the manga theme, I thought go with a Japanese Ninja costume with Kunai (daggers). 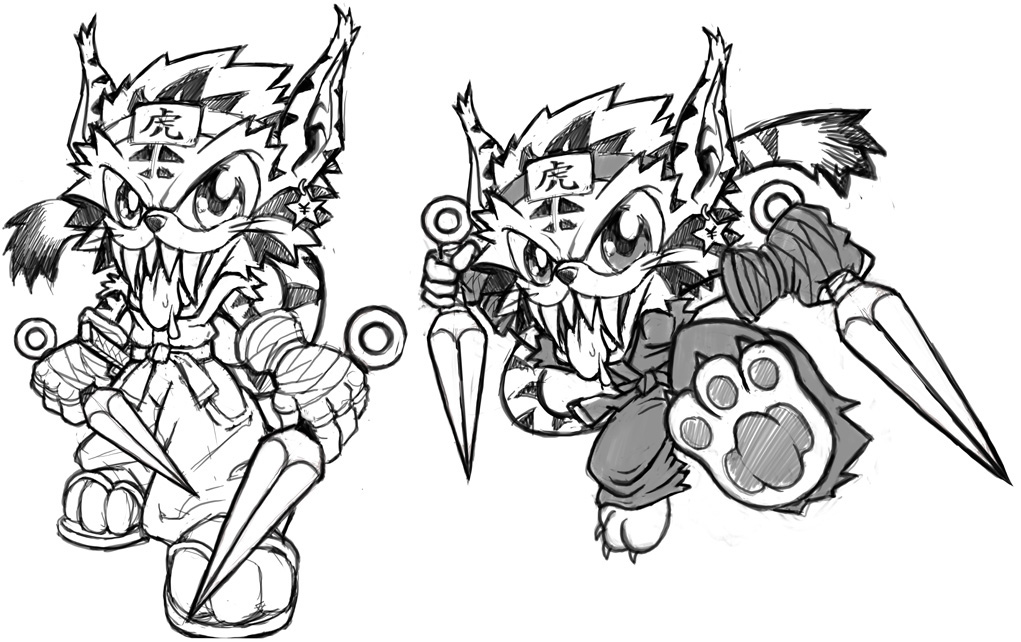 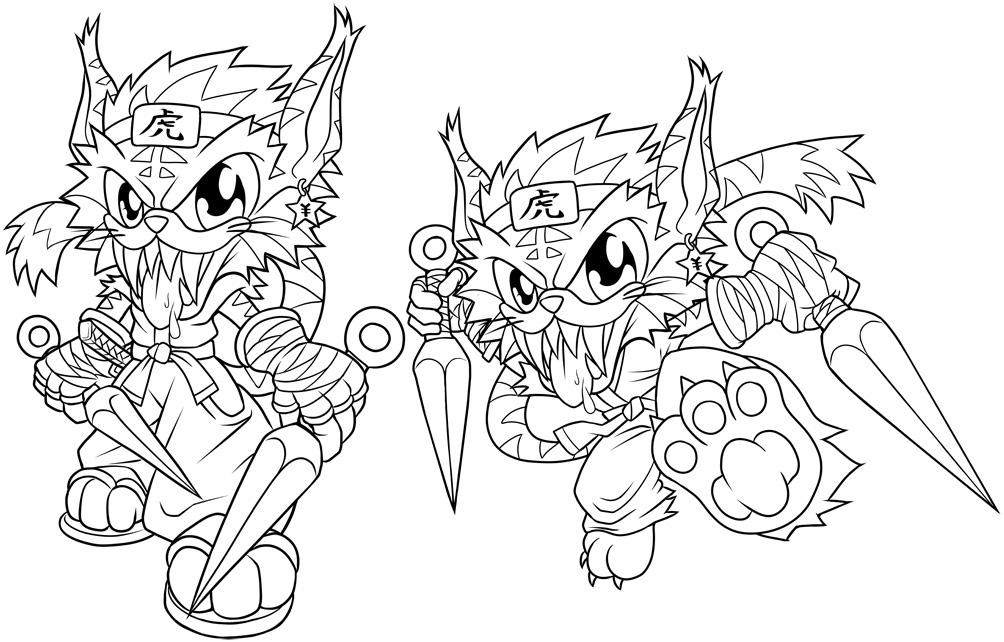 Inked: Once the client was happy with the design, it was digitally inked 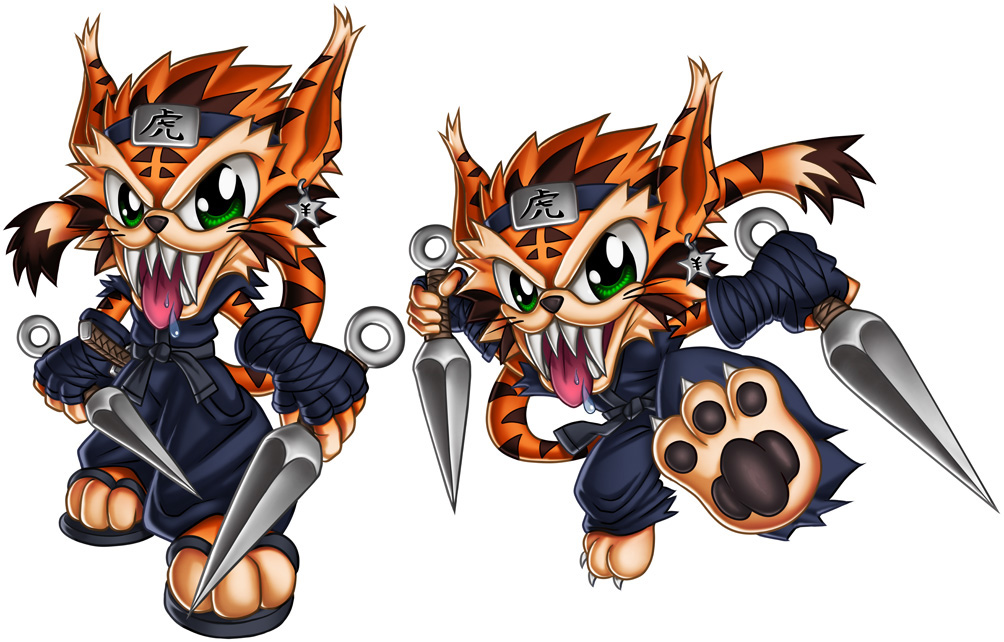 Colour: These were then coloured with Photoshop

CD Cover Art: Background and logos were added in preparation for the Daggerz album covers.