The Art of Drawing Manga

How about creating a manga tutorial book? 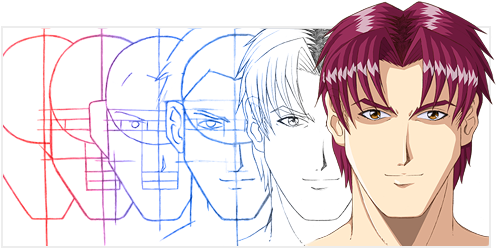 I was contacted by the publisher Arcturus about possibly working on a 'how to draw manga' title on behalf of American book giants Barnes & Noble. The Art of Drawing Manga is a 144 page book aned needed to be completed within a very short timeframe.

After devising a page by page break down of the book I roughly drew out many of the page ideas onto paper to get a feel for how it might look as a whole. It was to be a general manga style techniques book, looking at some of the typical themes an aspiring manga artist might want to learn about such as: faces, bodies, hair styles, characters in action etc. The books editor and I discussed and agreed what was needed, and I was mostly allowed free reign on the project. 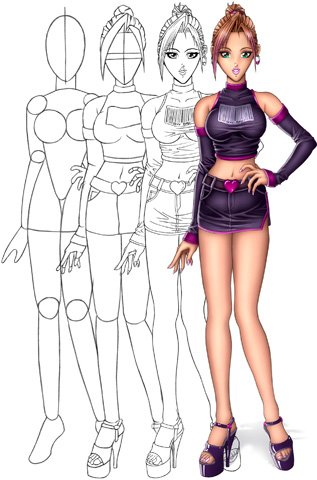 - Basically, enough content to fill 144 pages! This was delivered in the form of step-by-step drawings, a selection of eyes, hands, hair examples etc, finished coloured artworks, as well as drawing annotations and section descriptions. All artwork needed to be in a high resolution digital format ready for print. I did research into existing manga technique books on the market at the time, most popular being the Japanese "How to draw Manga" series. One thing these lacked was step-by-step processes and instructions. I wanted TAODM to show how to draw, rather than just presenting more or less finished works. The fact it was to be a full colour book was also a definite plus.

It was clear at the start that this would be a tough project with such tight deadlines. It was important to plan out what was needed for each section and to work out a time schedule. I realised early on that it would be impossible to complete the project alone. I asked a couple of online artists I knew [Kim Loh and Dan Fielding] if they'd be interested in having some of their work published in the book in exchage for exposure and aknowledgement at the begining of the book- they agreed, as did my brother James who helpped with writing and scanning. The book's editor Matt Smith also helped with written content for the pages. It became a mini project management role so it was essential I kept up to date with everyone else's contributions and that I delegated work appropriately.

After supplying the material, it was the book designer's job to lay it out on the page. Some of these pages are shown below: 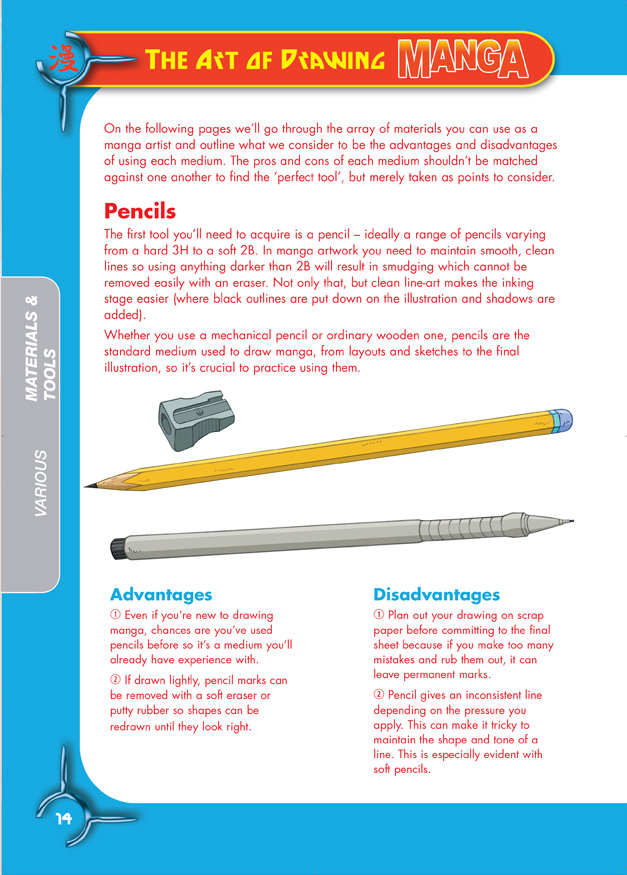 The good thing about the Materials section is that it doesn't tell you what media to use, but explains why you might use a certain tool, allowing the reader to experiment or use what they feel comfortable with. Sometimes explaining a technique will only get people so far. 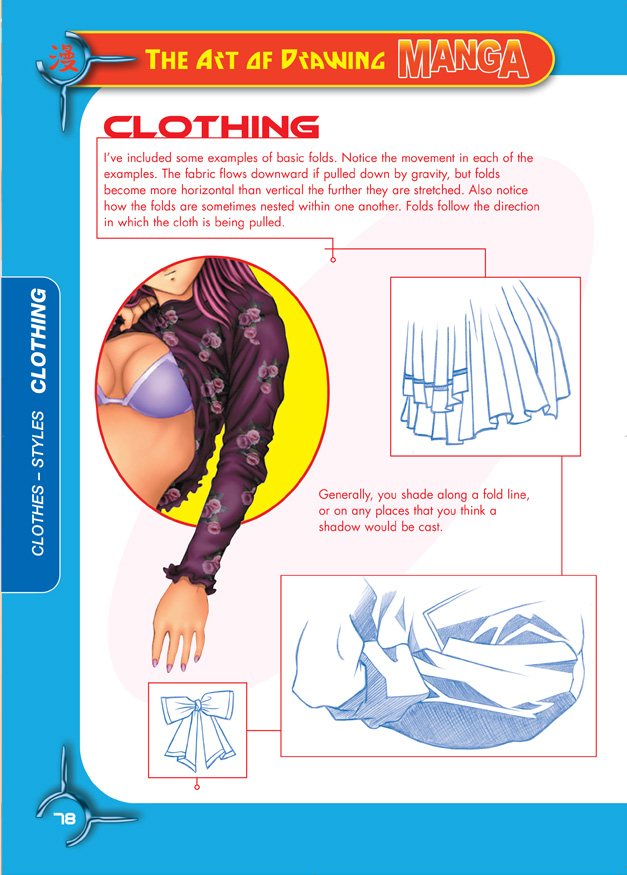 The clothing page shows examples to illustrate how a three dimensional piece of material can be drawn in a two dimensional/ manga style form. 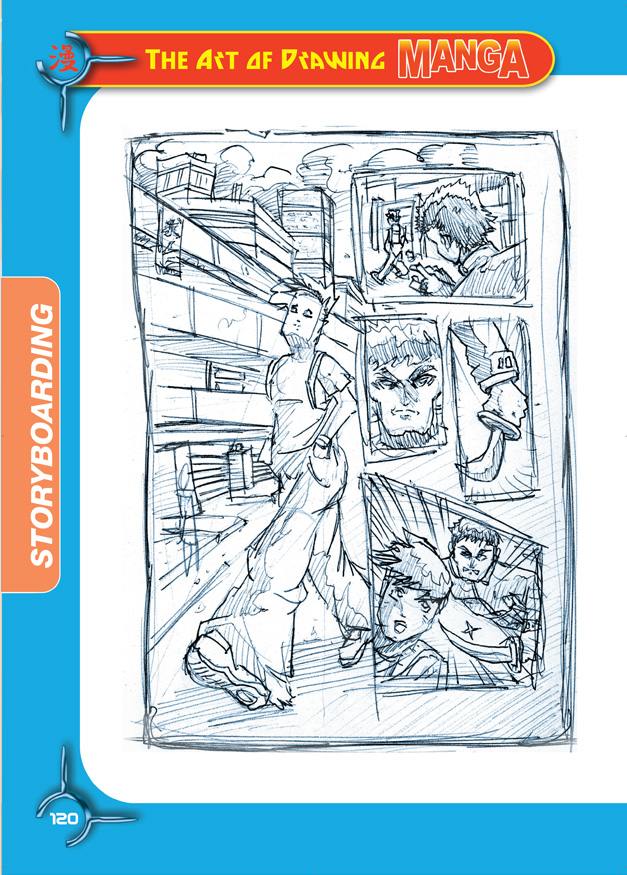 The comic/ story board pages show progression from initial sketches (not all artwork starts in a glossy coloured format). 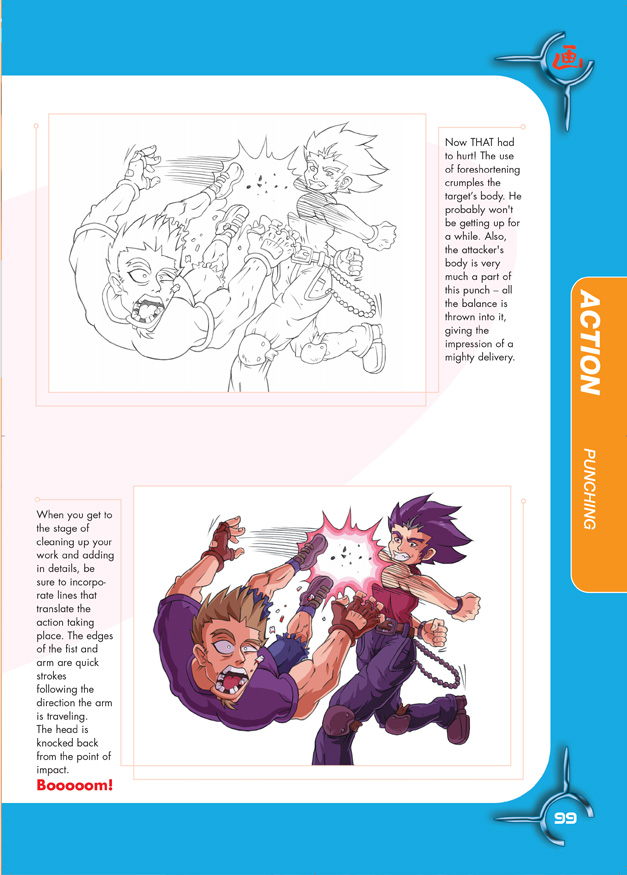 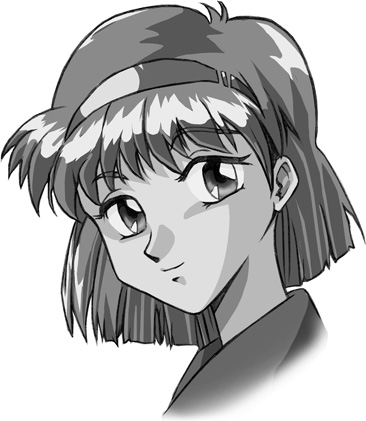 As these sorts of books go, it's a pretty good product! It's cool for me to see my work in print and to hear positive feedback from people who bought the book, had a go and have improved their drawing skills.

It's sold over 170,000 copies around the world including USA, Canada, Australia and Europe, and has been translated into German- under the names Manga Zeichnen für Freaks and Manga zeichnen für Einsteiger, Spanish- under the name El arte de dibujar manga and Polish- under the names Manga Sztuka Rysowania and Sztuka rysunku Manga. On top of this, Barnes & Noble released a Drawing Kit version, which included a smaller 80 page edit version of the book called Drawing Manga in Simple Steps alomng with art materials- pencils, paints, ink etc.

The book has had a good run and came out just at the start of the 'manga tutorial book boom'. I never expected it to become so popular and had since wanted to create a superior, updated version of book for many years. Finally in 2015 this came in to fruition in the form of The Artist's Guide to Drawing Manga.