When to update an online gallery?

Sometimes I’ll create a sketch or two, other times more finished artworks, but most of the time I don’t add these to my main gallery.

I’m trying to reserve the gallery for my top 30 or so works. It’s never easy to know exactly which art to include in my portfolio. How can one judge when a work’s quality or relevance trumps another? I’ve attempted to curate my portfolio as best I can based on personal feelings, but it might be an idea to get an outsider opinion on these things also?

For now I use this Blog to update with other bits and pieces I’m working on. Even on the blog, it can be tricky to know if something is worth posting. I draw little doodles and crappy sketches often, but don’t necessarily want to post every little thing I do. Plus I don’t want to feel I’m contributing the internet’s archive of never-ending, pointless content!

For some reason I think about this a lot! There’s so much stuff on the web, so what is actually worth posting online?

To build an audience I’m supposed to post regularly, non-stop

For many companies, organisations and individual artists the idea is to post often to help build an audience. As with brand recognition, you post regularly; supplying a stream of content in order to become a fixture in the the lives of your online followers. It takes time for people get to know what you’re about. But, eventually, you build some kind of online relationship, gain a following, receive kudos and potentially generate income.

For independent creators it can be difficult to post regularly by creating enough finished content worth sharing. Attempting to facilitate this necessity can become stressful.

So on the one hand I feel like I should throw up some rough sketches or incomplete drawings, since posting something is considered better than nothing. On the other hand, I don’t want to litter the web or my sites with valueless (in my opinion) posts just for the sake of posting. Plus, to be honest, I don’t like the pressure of feeling like I have to keep posting updates online.

I wish blogs didn’t go out of fashion!

I’d be happy to post more on my site’s blog (here) since I have a chance to go into as little or as much detail about what I’m doing or thinking as possible. However 99% of my audiences are mostly on social media – primarily Instagram. Despite having tens of thousands of followers, Instagram’s format isn’t really suitable for more than a square image post and a line or two of description. I don’t like it.

One thing I do know is, unless this blog was to get more attention, it’s hard to justify spending too much time posting here as often as I’d otherwise like. Therefore, for now, I don’t.

While I don’t intend on Blogging every other day, and while I have decided I don’t want to post absolutely every sketch or mark I leave on a sheet of paper, I did want to share this a piece I’d been wanting to rework for a few years: 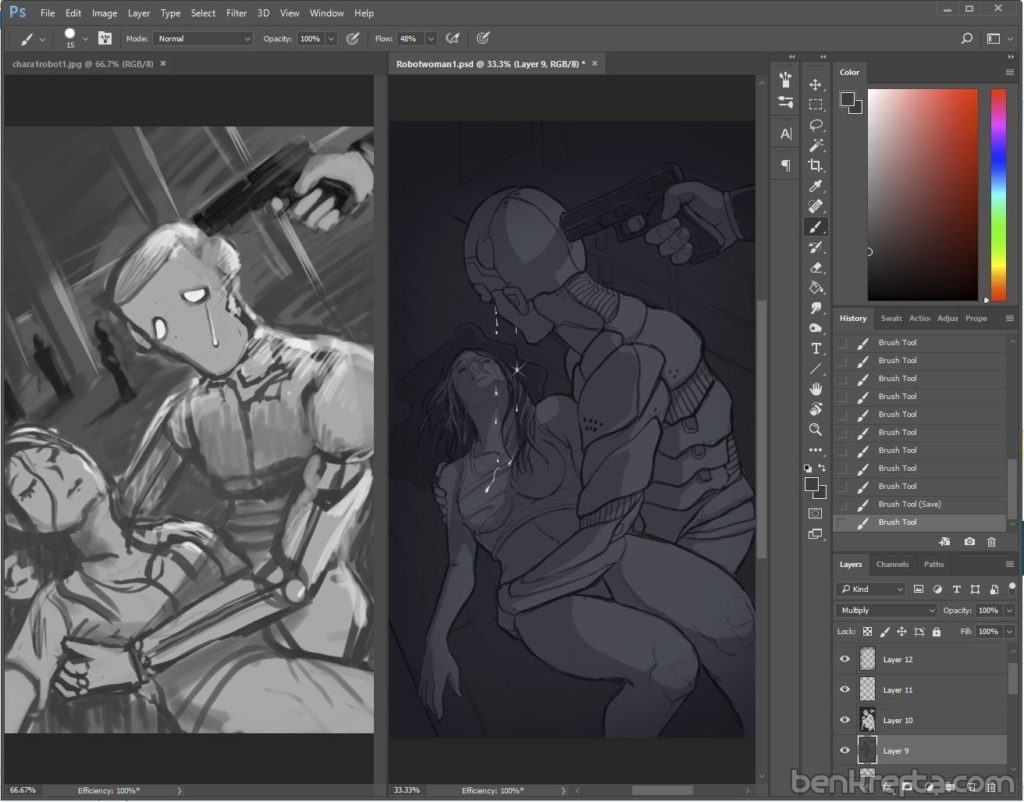 The Photoshop screen shot above shows the original concept on the left, and the update on the right. I had this idea to create a narrative scene showing the sad robot guy cradling his dead owner/lover/?, while facing a gun to his head. What lead to this event I wonder? What will happen next?

One for the Blog

It’s a little sketchy and unrefined but I think I’ll leave it as it is for now. Not all ideas or art needs to be polished to perfection. For those works, they can live here in this blog. 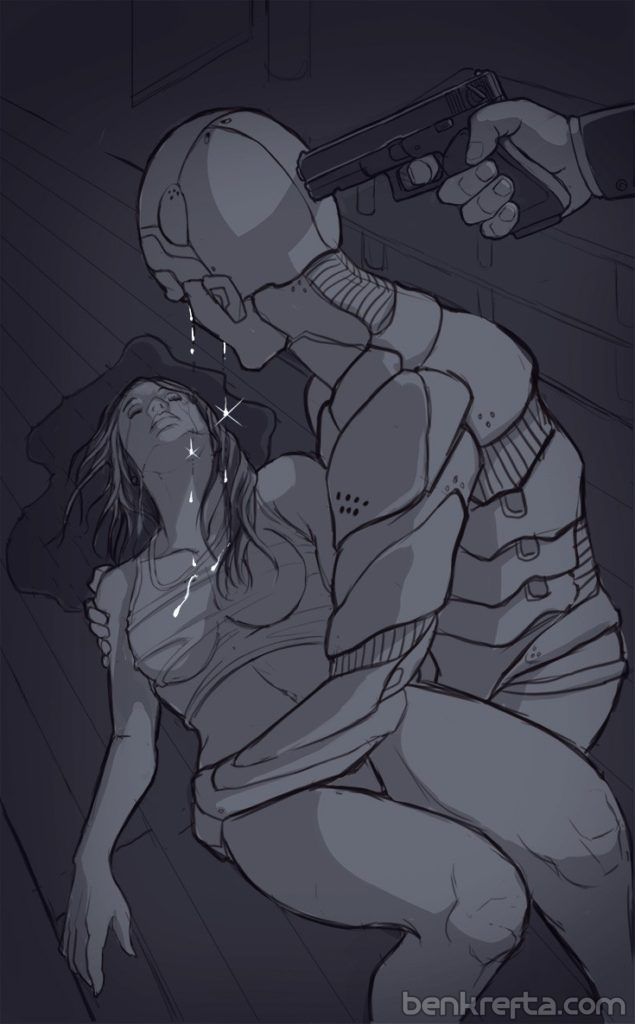