After completing my Unicorns Colouring Book, my publisher asked if I'd work on some sample pages for a potential, new Mandala / Kaleidoscope Colouring Book.

Pattern work isn't something I'm especially known for creating. I wondered, would I be able to create something worthy of being published? I was willing to give it a shot. Thankfully, after having now been producing artwork for decades, I felt like I've become versatile enough to tackle most styles of illustration. And so I began creating a short series of symmetrical patterns, kaleidoscope images and mandala artwork.

To try something new like this was great fun! The possibilities for creating unique, abstract images is limitless. Without the technical requirements of drawing, say, a figure or a scene, this type of line art is quick to create. It's artwork that can be completed in a matter of hours, as opposed to days or weeks.

I've never considered myself a particularly spiritual person so the religious or traditionally symbolic significance of the Mandala is somewhat lost on me. Although, once you spend some time immersed in these types of patterns, there is definitely something to be noticed. Something which has a sense of depth and meaning.

Here's some samples for the book: 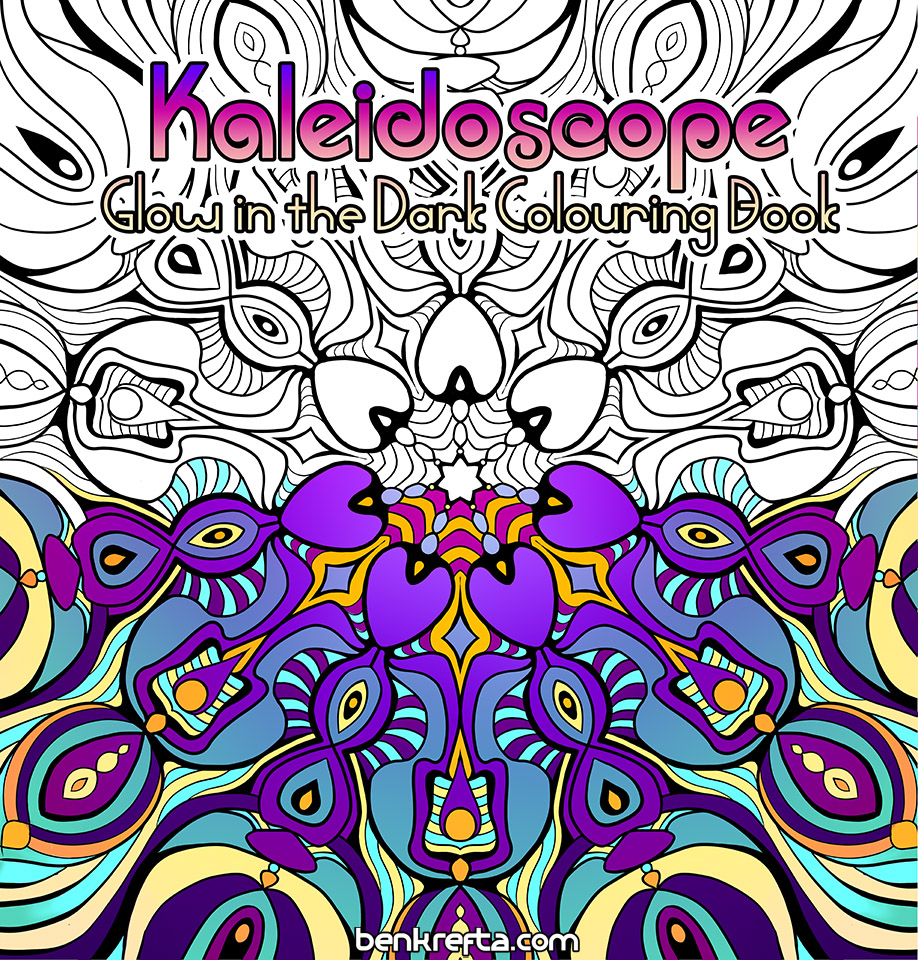 The cover art sample was provided to the client. Despite being a black and white colouring book on the inside, I wanted to give it a colourful, psychedelic vibe.[/caption]

You can't win them all:

As is the nature of these things, the book never ended up making it into production. My publisher had tried pitching it along with dozens of other titles to their customer (a big US- based publishing house). They liked the direction it was going in, but with so many similar books already available on the market, it made it harder to justify producing another.

I'd like to one day have the chance to pick up the project again. If there are any book publishers out there who produce similar titles, give me a call. I sure we can find a way to improve upon existing, similar books already out there!

I'd read that creating mandalas (and I'm sure is true of all self-repeating and symmetrical patents) can:

Certainly it's something I found myself enjoying far more than expected. Even though I tend not to produce abstract art, there is something amazing about it. Well, some of it. Some abstract art can also be a load of pretentious, ugly-looking mess with the label "art" slapped across it.

If done well, a good abstract artwork can reach something deeper and feel more significant than illustration. Sometimes too much true-to-life detail can just get the in way of what is real and true.

Although there is an art to create good-looking patterns. What makes aesthetically pleasing shapes? It's difficult to put in to words. I found that the more of these kaleidoscopic patterns I worked on, the better they looked. Using a re-iterative process of trial and error is often the best way to hone in on what works. Or at least, that process works for me. It's very strange that certain shapes and arrangement of shapes are pleasing, while others feel unpleasant and disjointed.

Designing a set of Art Prints

I create several new mandala artworks. Each with a motivational message.

Sometimes life gets tough, and negativity limits our potential. Inspirational quotes can help remind us how to live or that adversity can be overcome. And so the idea to was to fuse these messages with a mandala. Something to help give the the message focus, while making for an aesthetically pleasing image. An image people might like to have displayed on their bedroom, kitchen or living room wall. Unlike the black and while line artwork for the colouring book, they were each given a unique colour scheme. Then converted to A3 size images suitable for high-resolution print.

If you're interested in buying one to decorate your home or give as a gift, they're now available for sale in the Shop. Each sale helps support my artistic endeavours and lets me know what type of artwork people like. 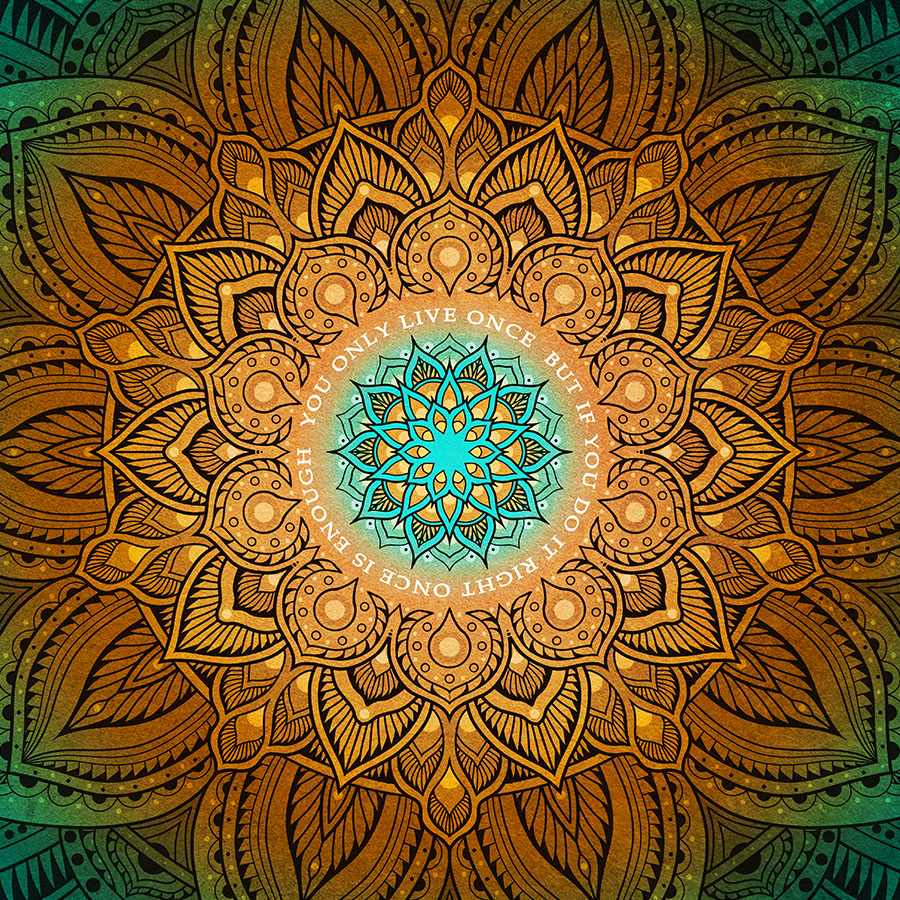 You only live once. But if you do it right, once is enough[/caption] 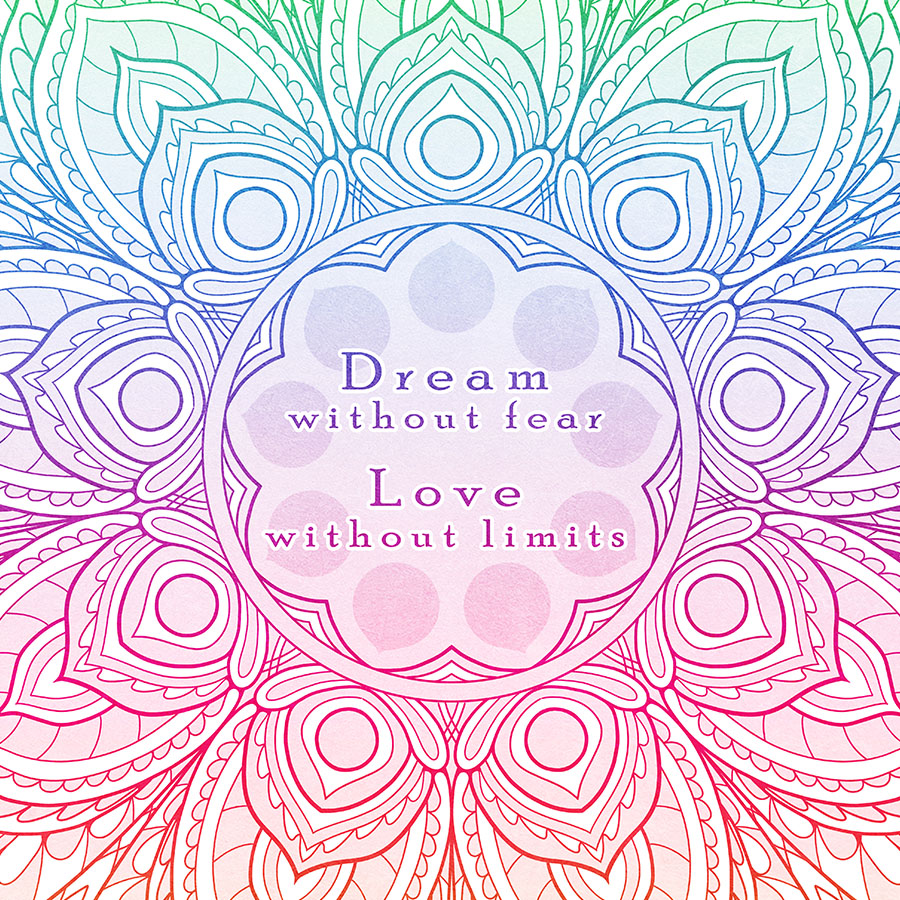 Dream without Fear. Love without Limits.[/caption] 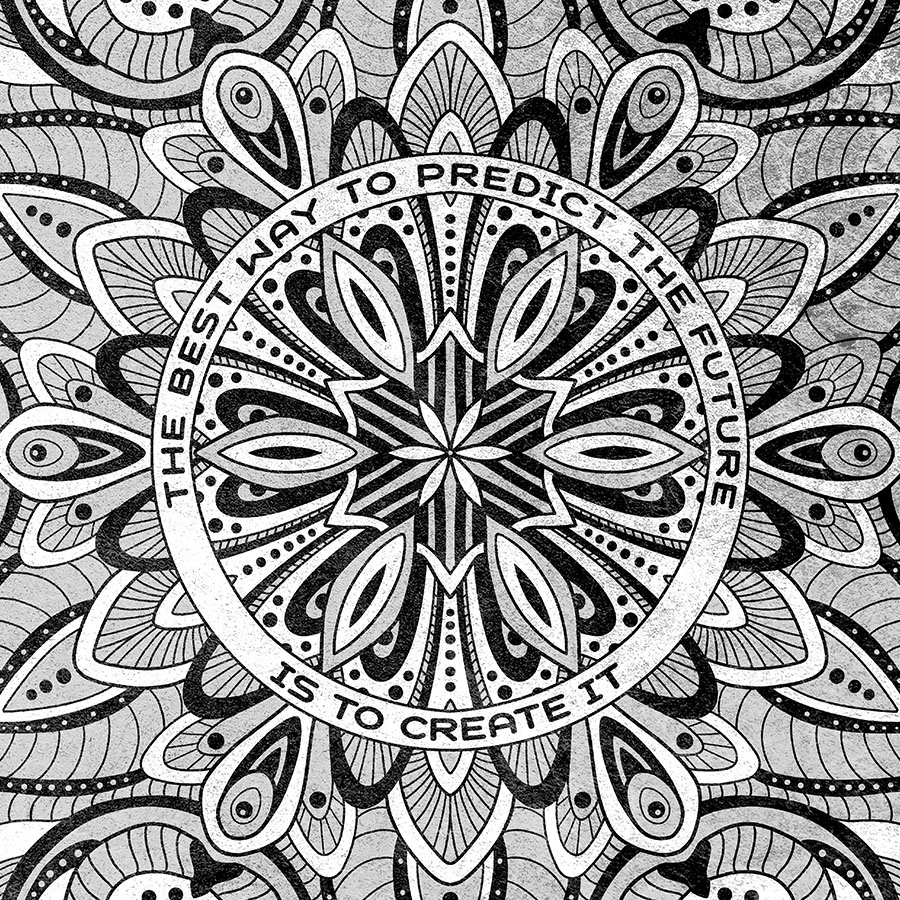 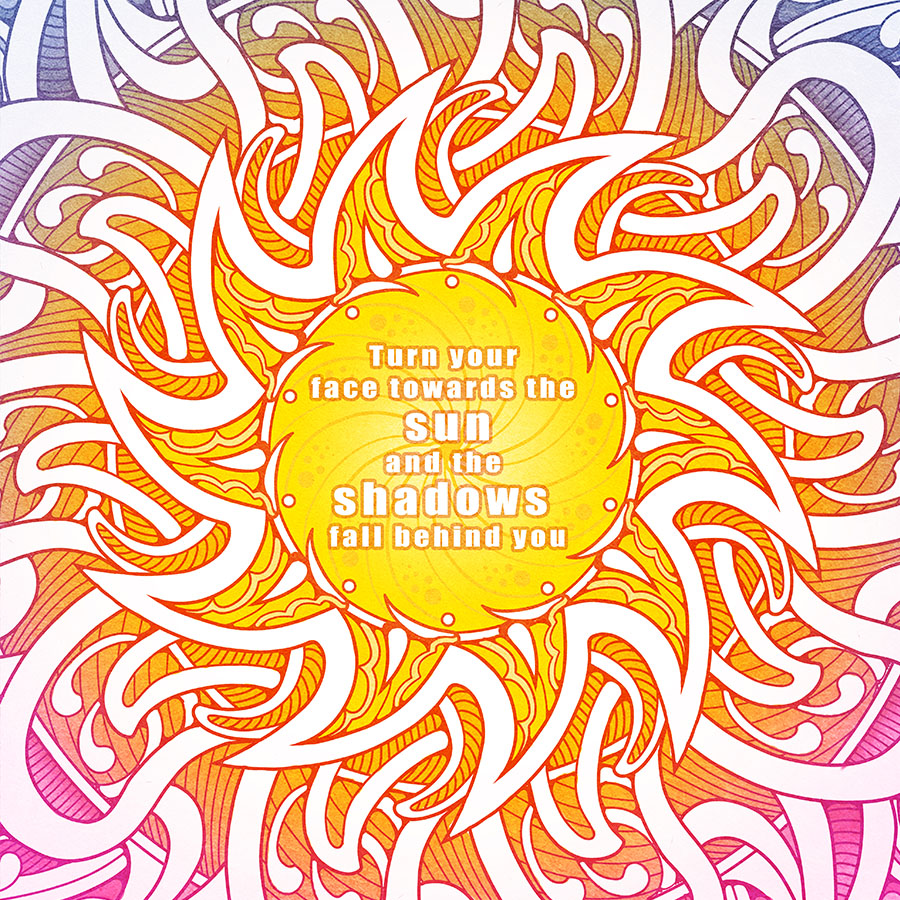 Turn towards the sun and the shadows fall behind you[/caption] 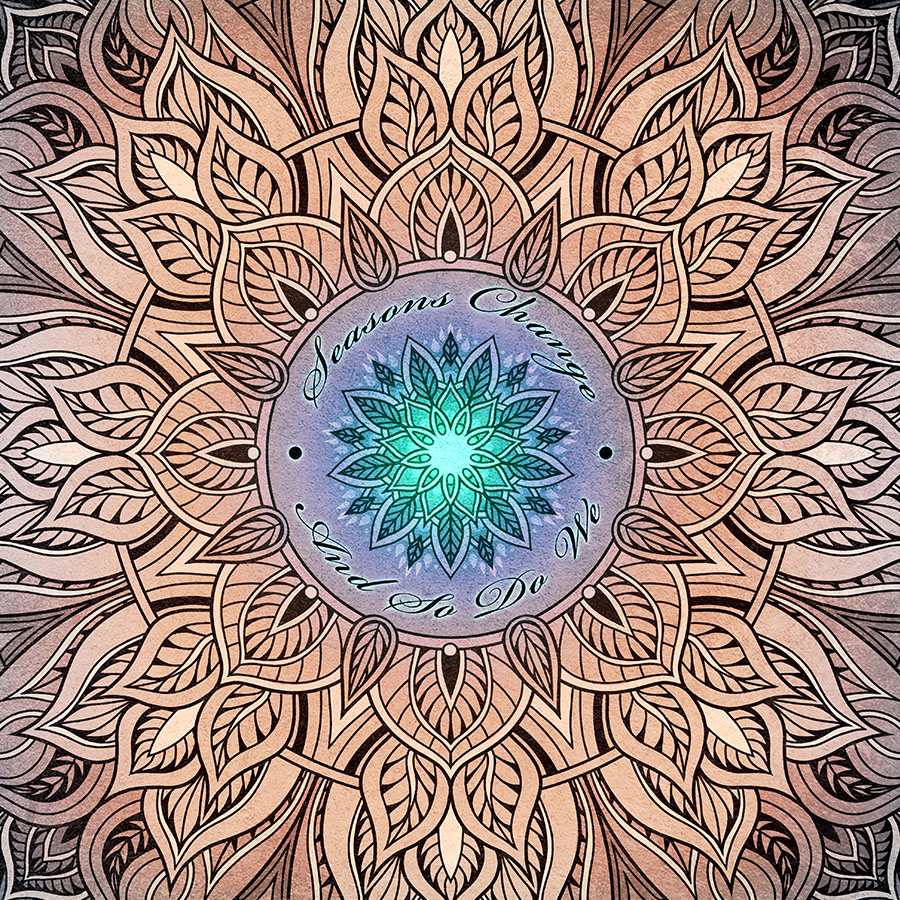 Seasons change and so do we[/caption] 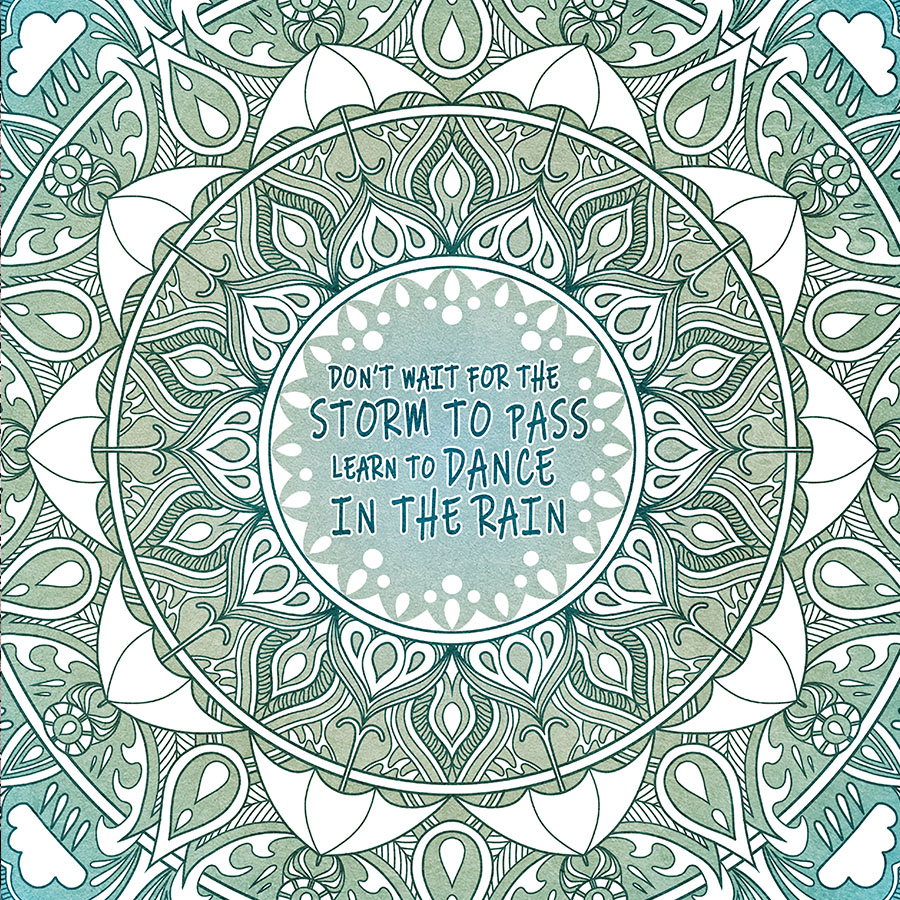 Don't wait for the storm to pass. Learn to dance in the rain[/caption] 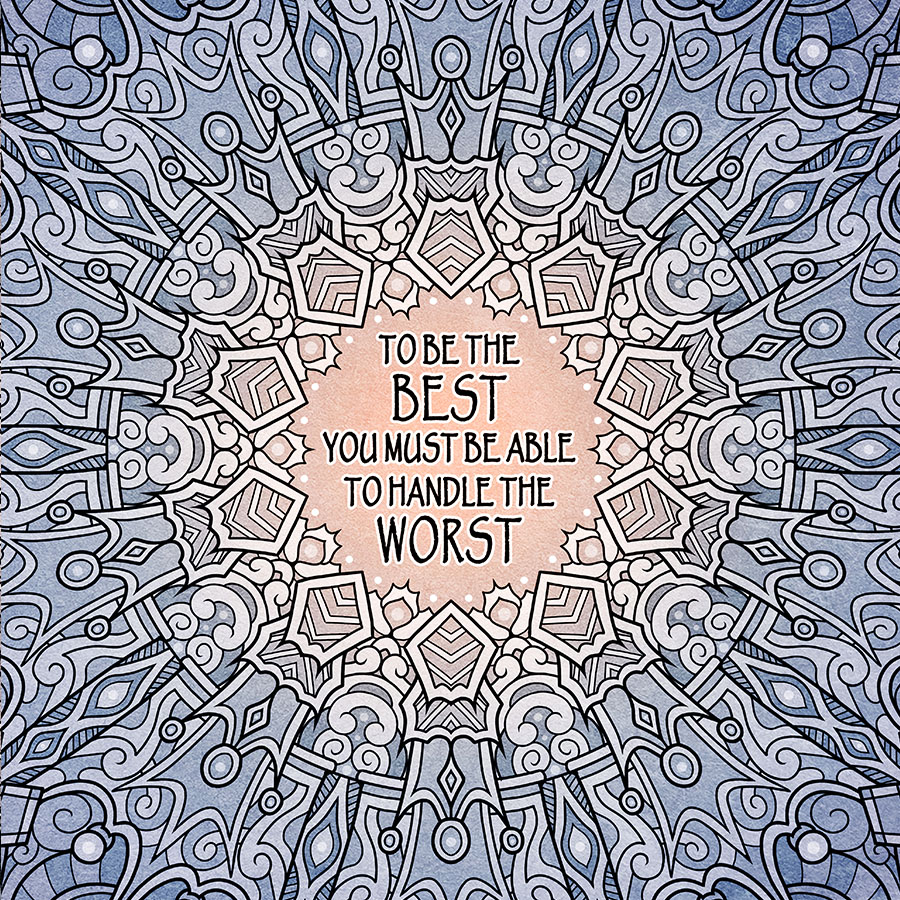 To be the best, you must be able to handle the worst[/caption]

Are you a fan of the mandala? Would you like to see me continue work on the Kaleidoscope colouring book? What's your favourite motivational quote you'd like to see turned into a kaleidoscopic artwork? Let me know 🙂